James Kelly is Chief Technical Officer for a private software company located in Rhode Island. He sat down with us to share his thoughts on knowledge on how he came to be a successful programmer and systems developer.

James’ love of technology started at a very early age, beginning with his exploration of crystal radios. He learned how to tear them up and rebuild them into bigger and better radios.

From there, he found himself picking up early computer devices, such as the the TRS-80 and the Sinclair ZX which he built and learned to program on. At the same time, his father also was working with early computers, exposing James to some of them and further enhancing his interest in what they were capable of doing. This interest continued throughout his school years and he eventually found himself getting paid programming positions while still a high school student.

After high school, James was pursuing a degree in Computer Science at Wentworth Institute of Technology. This was during the late 80s when the economy took and hit, and so did his funds for attending school. In spite of this hardship, he had taken enough courses to give him a solid foundation to begin his professional career in computers.

He began working as a programmer using languages such as VB and Basic to develop sampling application systems for the Harris Poll (now Harris Interactive). His next position, a step up from the previous, had him working as a systems analyst for a major publishing company that was just beginning to get their products online at the earliest stages of the Internet’s development.

Later, during the dotcom boom, he served as System Architect at Alfy.com in New York City where he created their website in addition to software products for children. The events of September 11th hit too close to his company and his home, so he moved on to Massachusetts where he now lives.

You and Your Programming Career

Tell us about your career. Where did it start? How did you discover your talent?

I started programming computers professionally in high school. I crafted a program to provide Spanish lessons on a Timex system. My father was a computer programmer and I have been playing with computers since I was about 11.

How did your career unfold?

I worked for computer/software reseller in Connecticut when I was in high school; this gave me access to systems and software.

What do you enjoy most about your job, your career?

I like the satisfaction of solving complex problems with what I consider elegant solutions. If it’s a good ‘hack’ it makes me happy.

What was the biggest inspirations for your career?

Knowing I could eventually figure out most anything given time and perseverance.

What has been your personal key to success?

Knowing that all problems (computer at least) are finite, and are therefore solvable.

How have non-job-related experiences contributed to your success?

Watching Star Trek and relating to Mr. Spock is a big help.

How important is success and achievement to you personally, and to your career?

Achievement is what drives you, the small code victories day-to-day and being able to look back at a site or piece of software and know that you had an impact on it.

What are some of your favorite projects that you’ve completed in your career and why?

An e-commerce site for Dorling-Kindersley – it was my first website.

How did you break into the field, and how did you advance to where you are today?

You can break in and advance by doing quality work and being open to new ideas and technologies.

Before you turned professional, did you think that’s what you would be doing?

Good question, I honestly have no idea.

What exactly do you do at your current job? What are your key responsibilities?

I’m the lead developer for a web-based time and attendance system. I am responsible for the planning and execution of the product as well as the staff.

Describe a typical day of work for you.

It varies day-to-day, from management functions to actual programming.

What are the tools of the trade that you use the most? Favorite gadget?

Microsoft Visual Studio.NET. I love it.

Is it important to collaborate with your colleagues? How have your professional collaborations benefited your career?

It is possibly the most important aspect.

What are the most challenging aspects of your job?

What are the greatest stresses, what causes you the most anxiety?

On a basic level, what skills does your job demand?

What is the average salary for your field? What are people at the top of the profession paid?

What are the best ways to get a job?

You received some of your education from a well-known school. Does graduating from a prestigious school make a difference in landing a good job?

In this field, it’s not everything. You need to learn as you go and stay ahead of the technology to survive.

How is the job market now? How do you think it will be in 5 years?

The job market is tight since the dotcom boom.

What are the hottest specialties within the field for the new decade?

What are some of the top challenges in the profession?

Again, staying on top of new technologies is critical for your success.

Has the popularity of the Internet affected your profession?

This has made my profession possible.

What are some of the trends that you see in the field which could help students plan for the future?

Outsourcing has been introduced to this industry. Try to position yourself where you can manage and use this process to benefit your company and yourself. 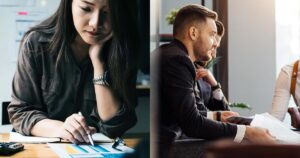 Data analytics and business analytics professionals often work on the same kinds of problems. But differences exist in approach and purpose. 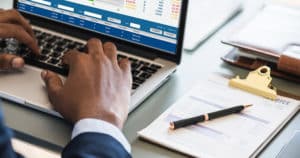