Some discussion of the Reciprocal Cosmology concept. The messy bits, alternatives and inspirations. Like the stuff itself, take or leave to your taste. A brain dump can stimulate thinking in different directions.

I’m not all that attached to the “infall” notion. It’s cute because it leaves us in an Einstein/Minkowski universe where the vast amount of work done on the expansion model can be adjusted to fit a contraction model. We might even be able to run with the idea that its been 12 billion years since things started happening. We have a sense of how to model it. The data are pre-chewed assuming a scaling metric. However, as one astute person pointed out, we don’t need infall at all – we can do just as well witha scaling notion – at least in most of the model. I’m not sure how we’d do inertia with a universe where the objects are just getting bigger. But its probably OK if we keep the time osscilation.

A big puzzle that has still to be sorted is just how does the geometry impose the speed limit in hyperspace that yeilds the lightspeed limit we observe? It’s all very well to say, without the speed limit nothing would happen, but we have a model here where there are far fewer mysterious givens. Can we get the speed limit from an elegant geometry?

It really does help to think about the goings on as an “explosion backwards” rather than as an infall, too. An explosion backwards is co-ordinated by a common cause. As an infall, we don’t have the reason for the co-ordination – there is no reason why everything is “falling” together. This is where Mach’s Principle just falls out in r3.

There’s still some staring into space and trying to get a geometry that fits to be done. But I think the deadlock is broken. Theories hatch like turtles. The first few minutes are the most dangerous of their lives. With every minute that passes, probability of survival for a long while goes up. And whatever we end up with, despite having to map to the horrible tensors in GR (I can’t cope with the horrible tensors) will (I suspect) be pretty much Euclidean as what we’ve currently got.

Spiral galaxies are entertaining things. Pretty, aren’t they? I do hear tell that you can’t actually make them that shape out of gravity! It doesn’t matter where you put your “dark matter” – it doesn’t actually give you the spiral arm pattern that is supposed to come from all the stars falling down the gravitational plughole. Now that the dark matter has recently had another problem, because even with 90% of the mass of the universe still assumed to be dark, the thing still isn’t closed, it might be worth looking for other ways to make that shape. In r3 the increased “expansion” rate is just a greater redshift – a faster explosion backwards. As an explosion backwards, the universe doesn’t need to be garvitationally closed – it can do it with co-ordinated trajectories. We can have a low mass universe, slamming together on co-ordinated trajectories irrespective of gravitational closure. Back to the spiral galaxies – although (the anecdote is) you can’t cook them up out of gravity, I know one wayto make that shape very easily indeed. Just roll up a length of paper into a tight cylinder, and let it unroll. Voila.

The modelling of massive particles as pairs of osscilating photons came from a remarkable book, “Information Mechanics” by F. W. Kantor, 1977 John Wiley, ISBN 0-471-02968-8. p43+. It is his “Photon Particle Representation”, but hacked to make the osscilation occur along the time axis. Quite what this hack does to the rigour of Kantor’s work I daren’t think. Like, he uses time in his terms! Kludge to fit…

There’s a cute thought experiment that demonstrates how much we live in a block universe where all events are fixed in spacetime. It starts with the traditional demonstration in GR that there is no such thing as simultaneous action. We arrange Einstein, Lorentz, Newton and a pair of intergalactic ammo dumps as follows:

When all are in position, Newton sends a signal to both dumps. When the signals get there, the dumps explose. The situation is symettric with respect to Newton, so he sees two flashes occuring at the same time. For Einstein however, the light from Dump A gets to him before the light from Dump B. He sees flash sequence A, B. Lonentz meanwhile is seeing sequence B, A. Since nothing can travel faster than light, the time we see a thing happening is the time when it is happening as far as we are concerned, so we have proved that there is not any simultaneous action. The concept has no meaning from one reference frame to another. Here endeth the usual demonstration.

Now we continue, by allowing Einstein and Lorentz to travel through the real space that they are both embedded in until they reach the Bar (which can be anywhere). They both tell their tales, and then they look at each other in shock, since they are both very smart. They both believe in a universe which is consistent per observer – reality exists and keeps itself in order. Einstein saw sequence A, B. Therefore, in the universe, it is a precondition of B happening that A must happen – since Einstein had already seen A happen before he saw B happen. By the time B happened, event A was 100% certain in Einstein’s view of the universe. But Lorentz saw B first! Since there is a relationship between Einstein and Lorentz, indicated by their travelling through shared space to arrive at the Bar, we can only conclude that just by seeing B (if not otherwise), Lorentz was put into a situation where A was bound to happen – 100% probable – even though he could not know it! Lorentz’s knowledge has no bearing on what the universe is doing, which certainly had event A lined up for him. And we can do away with the seeing bit – there is no fixing of reality with our gazes here. Once we’ve established that A was predetermined, Lorentz is free to close his eyes, without having any effect on events taking place lightyears away.

And this has real significance. GR time shells have to be accounted for in the ground software for GPS receivers. Without accounting for the relativistic timeshells, we get the wrong numbers. The same theory that we trust with our lives to navigate to our meeting says that the outcome of the meeting is already predetermined. Yet never in over 100 years have the newspapers roared,

One way I have tried to test the thinking (and it seems to do pretty well) is to bear it in mind while reading a wonderful book called “Speakable and unspeakable in quantum mechanics” by J. S. Bell, Cambridge University Press 1993, ISBN 0 521 33495 0 (hard) or 0 521 36869 3 (paper). I can’t recommend this too highly. His thinking is very clear, very rigorous, very beautiful, very funny. Bell made significant contributions to the field, and looks honestly at the unanswered questions. r3 does seem to do a lot to answer the problems Bell poses.

Your weird one! I assert that with the Ghost Not and Reciprocal Cosmology in hand, it is possible to make sense of the rantings of various mystical types, whose statements make no sense at all otherwise. Whether any person recognises the correlation will to an extent depend on how much prior experience of attempting to read mystical rants that they have had.

There’s a fully re-creative arrow explaination for this as well as the creative arrow explaination (which itself is wholly causal in the new paradigm and not at all “supernatural” – in the new paradigm there is only physics and impossible things don’t happen – period). For example, if they were free of the Ghost Not, able to see spiral galaxies and do fractal mathematics, the Pythagorians could easily be ahead of us here. We can nick stuff from them.

I’m keen to take a specific statement from “6: History” and stick it on the pile of unfixed map elements in the physical component. Somehow, we have to get the photons to osscilate past each other – to bind instead of flying away. These photons are close together. We’ve also got to get the gravitational/scaling issues sorted out. When photons are bound, they make massive particles. Massive particles produce gravity. I reckon we should look for the binding to be done in a way very similar to the way that gravity produces a black hole where light cannot escape. We should expect this from the detailed geometry. As in, “… the light in them is concealed in the image of the light of the Father.” Call it “Pythagoras’ Conjecture” or something 🙂

And if not, then maybe only a sliding window of determinism is implied?

What I’m saying is that if Einstein’s “true sequence” is A, B and Lorentz’s “true sequence” is B, A then because they inhabit the same universe (which is always self-consistent), the inverted experience of the observers means that both second events are predetermined, because for the other chap they were the first events. They can’t know that the second events are predetermined of course – they must still buy insurance policies etc. as if the future is uncertain – because it is for them. But for the universe it is not. It is all there already. 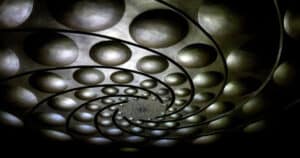 by Zach Gold Ever since I read 7:The Theory and Practice of Magic I’ve been thinking about the reciprocality papers as a whole. I think that Alan is right about the need to for an addition in to 2:Ghost Not. The papers seem to be in a rut in terms of what to define everything […] 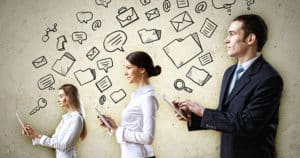 Computer science careers have expanded as the uses of computers have evolved over time. New industries and technologies have emerged due to the increasing utilization of computers and digital communication technologies. Almost all sectors of the economy use computing services in one way or the other. What Computer Science Entails Today, about 90% of all […]