Ever since I read 7:The Theory and Practice of Magic I’ve been thinking about the reciprocality papers as a whole. I think that Alan is right about the need to for an addition in to 2:Ghost Not. The papers seem to be in a rut in terms of what to define everything by. So I wrote something that I think might help. Its a little short, but with the response I get I hope to add more to it.

You have a number that is the amount of mass in the universe and therefore the motion patterns. You run through an deconstructive equation that makes the number less organized. It is irrational, so if the equation to generate it takes more cycles on a Turing machine it is less organized. You then run it through the reverse of that equation which is the reconstructive and makes patterns more organized. When you compare the patterns that each makes you come up with a fractal geometry. This geometry explains motion when there is a certain amount of mass in the universe. We will refer to the equilibrium of mass where there is no motion as the golden mean. This motion is patterned so that things that happen at one point effect things in the next point exactly so that the mass in that next point is what it should be according to the reconstructive and deconstructive equations. This works in symmetry to create a perfect Bennet machine. So every event that takes place is planned to happen that way. A very interesting thing about this is that it doesn’t matter what the starting mass, reconstructive and deconstructive equations, and the golden mean are, only that it we can see it working!

What if we divided a map into multiple parts:

All structures on one level must be definable in terms of the level below it with the everything definable in terms of the golden mean. Once again it doesn’t matter what the golden mean is, only that by nominating one thing as undefinable and saying that everything in existence is a theorem of that system because it was created by that system we seem to have found a way around Godel’s theorem.

MO is an anomaly that occurs in the otherwise productive procedural level. When people affected by this attempt to integrate a new knowledge packet into their map they define it only in terms of the knowledge packet level. This creates circularity.

Also, the language level can be used to answer the question of where language comes from and if it necessary to produce conscious thought. Language is the basic feedback loop that defines consciousness. In fact anything located in the language level is created directly from the golden mean. Some people when learning a foreign language are merely building a translator in the knowledge packet level. To really assimilate the language it must be built from the golden mean itself which takes a different method of teaching then is currently used. Hackers can do the mental feets that they do because have most of their information located in the language level rather than in the the knowledge packet level. They have a great ability to spot formal systems which allows them to turn almost anything into a language and spot deep structure. 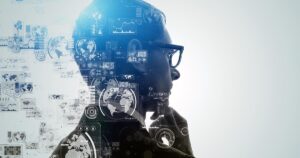 Upskilling for AI and Machine Learning: Lessons from Google

Businesses are at a crossroad with the growing impacts of artificial intelligence. AI upskilling can help build a winning business culture. 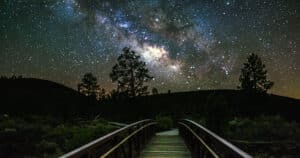 Some discussion of the Reciprocal Cosmology concept. The messy bits, alternatives and inspirations. Like the stuff itself, take or leave to your taste. A brain dump can stimulate thinking in different directions. From: Alan Carter Is Infall Real? I’m not all that attached to the “infall” notion. It’s cute because it leaves us in an Einstein/Minkowski universe […]